Technology, the internet, and social media—are thriving like never before. With new social media apps being introduced in the market all the time, it has become quite difficult to stay aware of the potential dangers our kids and teens might be facing.

It is increasingly difficult for parents to raise their kids in the digital age. No matter what they do, they cannot keep their kids and teens away from using social media apps on their digital devices. Instead of expecting them to spend less time on those apps, it is more important to keep a check on what they are doing on them.

Every parent in the digital age should stay updated and know what apps their teens are using and at the same time, they should know how to keep their teens safe from potential online dangers. Before you can consider adopting different techniques to protect your kids from online threats, you should know about the instant messaging apps your kids may be using to interact with others on the internet.

Below, we have put together some of the riskiest messaging apps your teens are using for online communication. Once you are aware of these apps, you can understand them better by knowing more about their features and think of installing a cell phone spy app or parental control app on your kid’s device to protect them from harmful online dangers that lurk on the apps.

Snapchat allows users to send photos, videos, and messages to others. Once your teen posts a story on their Snapchat account in the form of a photo or video, it stays visible for 24-hours and then disappears after that. The app also allows your teens to send photos, videos, and messages to other users that self-destruct as soon as they are seen/viewed by the other person.

However, anything that is posted on the internet does not vanish forever even if you delete it or think it has been self-destructed after it is viewed/seen by the other person. Internet users have found several ways to bypass the self-destruct feature by taking screenshots or screen-recording what they have sent and received.

This means that if your teen has sent any intimate photos or videos to someone on the Snapchat app, thinking that it would vanish ultimately, then they should keep in mind that those photos or videos can be captured by the other person and possibly used against them in the case of cyberbullying or porn-revenge.

“SnapMap” is another feature available on Snapchat that allows people to access your teen’s exact location at all times if they have turned on this feature. Having this feature turned on means any person can see your teen’s location, their stories, and allow them to reach out to your kid on the app.

Every teen that is using Facebook would also have downloaded the Facebook Messenger app on their mobile device to interact with their friends online.

Before 2015, messages that were sent by people who weren’t your teen’s friends on Facebook were directed to a separate inbox on the Facebook Messenger app. That inbox hid the unsolicited messages from your teen. However, in 2016, Facebook changed the features in a way that it allowed strangers to send messages in a “message requests” inbox.

With this feature, it became easier to receive and read messages from users your teens had no idea about. Any person using Facebook can send a message to your teen and make them read it.

WhatsApp is another dangerous messaging app that kids and teens are using for daily interaction with others these days. The app lets strangers and online predators reach out to your teens on the app and send them inappropriate or explicit content.

Even though Instagram is essentially the most popular photo-sharing social media app, it is also used as an instant messaging app, allowing teens to communicate with others on the platform. The app allows users to directly message the other person, letting them start a private discussion.

Just like Snapchat, Instagram helps your teens send photos, videos, and direct messages to others and also allow them to post stories that remain on their account for 24 hours. Any person who follows your teen on Instagram and can view their stories can take screenshots of their stories and also screen-record them.

While Instagram and Snapchat are not traditional instant-messaging apps, it is important for parents to be aware of how these apps help their teens communicate with others and what sort of dangers they might face while using them.

How Parents Can Help?

Unfortunately, we cannot help but accept the harsh reality that our teens are spending way more time on these instant-messaging apps to connect and communicate with their friends and peers. The major concern for most parents is that once their teen creates an account on one of these instant messaging apps, they start to interact with others and as a result, they compromise their safety.

Some of the potential online dangers your teens may face while using these instant-messaging apps are cyberbullying, internet predating, hacking, pornography, sexting, and stalking. Some teens may even receive threatening or embarrassing messages from others on these apps. On the other hand, they may also receive photos, videos, or messages of sexual nature that can make them uncomfortable while using the apps.

Therefore, it is critical for parents to be educated about these risky messaging apps and help their teens know about them as well. Parents should know about all the potential dangers that lurk on these apps and also educate about these dangers to their kids as well.

Besides educating kids about the potential dangers of instant messaging apps, parents can also consider installing an effective and reliable phone spy app on their kids’ digital devices. Last but not least, parents should have honest and open discussions about the potential risks to their kid’s safety and security that these messaging apps can pose.

Let us not forget that education and open communication along with proper internet supervision are the keys to help prevent your kids from facing dangerous situations in the digital world.

Make life more modern by connecting to the best internet 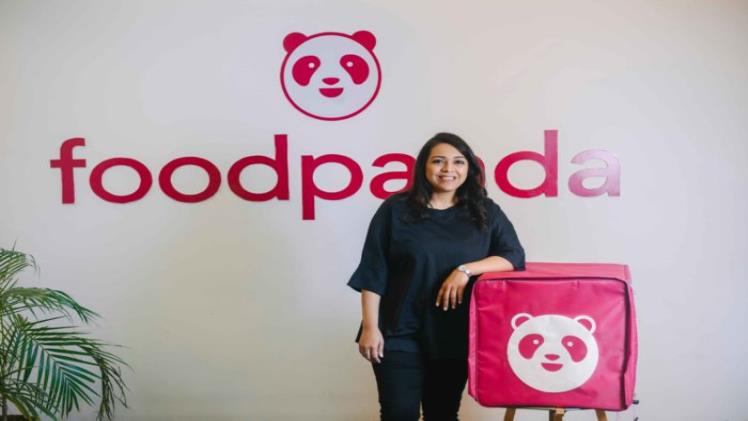 How Food Panda Can Help Your Restaurant Business