As August winds its way into September, comic book fans eagerly await October for the release of the Geiger spinoff series, Junkyard Joe. Both works come from the creative team of writer Geoff Johns and artist Gary Frank.

One of the many planned spinoff stories from the Geiger series and super special, Junkyard Joe, the inaugural issue of the comic book devoted to the robot Joe debuts in October with a special gift for real-life veterans. The comic will release with multiple collector’s covers. Purchasing the special black and white issue results in a donation of $2 from the purchase to two veterans support non-profits. Each non-profit gets $1 per comic book.

When the veteran’s issue hits stores on October 5, 2022, you’ll have multiple black and white covers from which to choose. The inside pages will all explore Joe’s beginnings with The Junkyard Dogs, a military unit including, Green, Bumbles, Matches, Sarge, Big Jack, Band-Aid, and Muddy, who later creates the fictional Junkyard Joe comic strip for the Sunday papers. Set in 1972, the story opens in Binh Long Province, South Vietnam.

While you wait for the initial issue to drop in stores, you can prepare yourself for delving into Junkyard Joe’s backstory. Let’s explore a few ways to prep for this new information that adds to The Unknown War and your personal knowledge of The Unknown Heroes.

Re-read the original Geiger series. If you don’t already own the comics, you can purchase them at your local comic bookstore or online from Amazon. At the latter option, you can also obtain e-book versions.

Re-read the Giant Issue of Geiger and Related Stories

Also, re-read the super issue, also called the giant issue. This massive graphic novel offers more than one introduction to the backstory of Geiger’s enemies. You can also learn about The Redcoat and hints as to other important Geiger fiends.

Explore the Creators’ Many Interviews on the Series

Delve into the many interviews the comic creators have given since the release of the Gieger issues. In these, they sometimes drop hints or completely reveal certain information about the development of various characters or dates by which various spinoff stories will hit the shelves.

Volunteer with or Donate to a Veterans’ Charity

Volunteer your time or money for a non-profit that helps America’s veterans. You don’t have to wait for Junkyard Joe to hit the stores to donate to this cause. Our country’s veterans protected us through numerous wars, so we should return the favor and protect them when they return home. Besides the two charities the comic creators chose, you could also help out with donations to K9s for Warriors, which provide assistance animals to veterans, the Wounded Warrior Project, or the National Coalition for Homeless Veterans.

Exploring the growing Geiger Universe and helping others top the two best ways to spend the next two months waiting for new intel on The Unknown War. What will you start with?

Beauty Tips For Face at Home 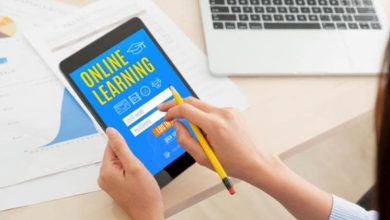